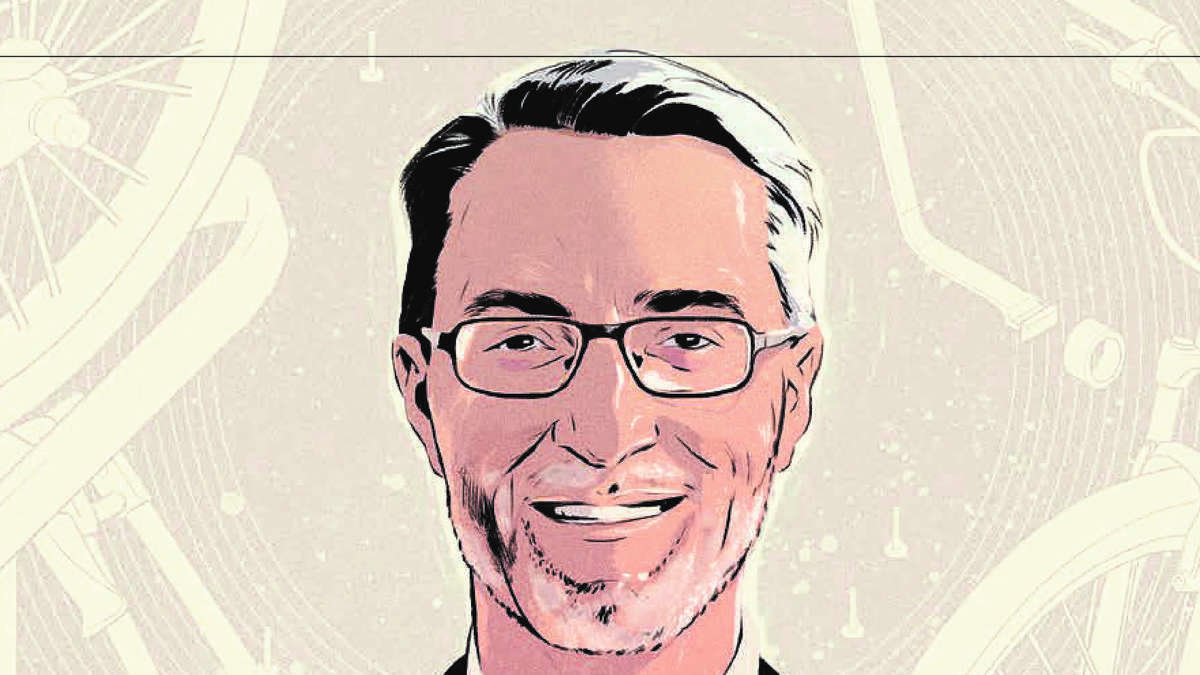 “A winning culture makes all the difference…”

…And Magnus Welander should know. As CEO of Thule Group, the Swede has helped revive the fortunes of the outdoors brand with a healthy dose of positive thinking

Magnus Welander has little time for motivational posters or team-building events. Instead, the 49-year-old CEO and President of Thule Groupprefers to ‘fuel and steer’ company culture from within. It might sound like droll exec speak, but the Swede has turned around the fortunes of several companies using the power of a positive mentality – something he first recognised playing football as a youth. His side, “not necessarily the best”, won the Swedish National Junior Championships thanks to “team spirt and winning culture”. So what else has he learned…

Just go for it “There’s a quote from baseball player Yogi Berra: ‘If you come to a fork in the road, take it’, and that’s how I try and live my life. Don’t doodle around and overanalyse – just go with it. When I finished my studies in Sweden, I was offered a job I wasn’t suited for, but it was in Italy. My girlfriend – now wife – and I took the plunge and stayed for six great years.”

Do what you do best “When I was working in Modena, I quickly realised there were certain things I was good at and certain things I wasn’t. A manager said, ‘Listen, you’re not a great engineer, but you’re really good at project management. Drop what you’re mediocre at and play to your strengths.’ It was the best advice and set me on another path.”

Be supportive “Similarly, some projects go well and some don’t. The first task I was given in Italy was a resounding success and I was hailed as a super-manager. The next week, I was given a new project and it was a complete dud. People gave me a very wide berth and I had to take the entire blame. It was painful and character building, but it taught me never to let junior managers take the fall. They deserve my support and focus.”

Training counts “I transferred to a company in Australia and became part of senior management. I got a new boss who was a super-eloquent Englishman and he forced us to train really hard for pitches. It was very tough and one guy was terrible, but the boss kept on making him repeat the presentation over and over. I could hear him mumbling under his breath, ‘Better to sweat in training than bleed in battle’, and it was so true. We all became so much better and when we pitched we were able to handle any situation – even the guy who was terrible.”

Keep it simple “When I moved back to Sweden, I became a big fish in a small pond as the CEO of a small fi rm. They had hired a raft of management consultants who had overcomplicated everything. Even I was having trouble understanding what it was that we were supposed to be doing. And if I couldn’t articulate it, how could our sales guys on the front-line? I stripped everything back, clarified our offering and we turned the company around.”

Sell to yourself “Ask yourself: would I buy what it is that I am trying to sell to somebody? If the honest answer is no, then you have to take action. Most companies start off with a great product or service in theory, and then overcomplicate what they offer in practice.”

Be all in “As far as I’m concerned, if you’re not all in, then you’re all out. When I got a job offer from Thule, it was like the click when I met my wife – I wanted to be all in. In fact, I was offered the job during my interview, said yes and shook hands before I even knew anything about salary or the role.”

Company spirit goes a long way “You can tell what the atmosphere is like in a company within five minutes. When people enjoy working there, you can feel the buzz and hear the enthusiasm in their voices. I felt that buzz bubbling under the moment I walked into Thule and all I had to do was to give it a bit of fuel. People enjoy working here and that positive mind-set enables us to go and sell the heck out of our products.”