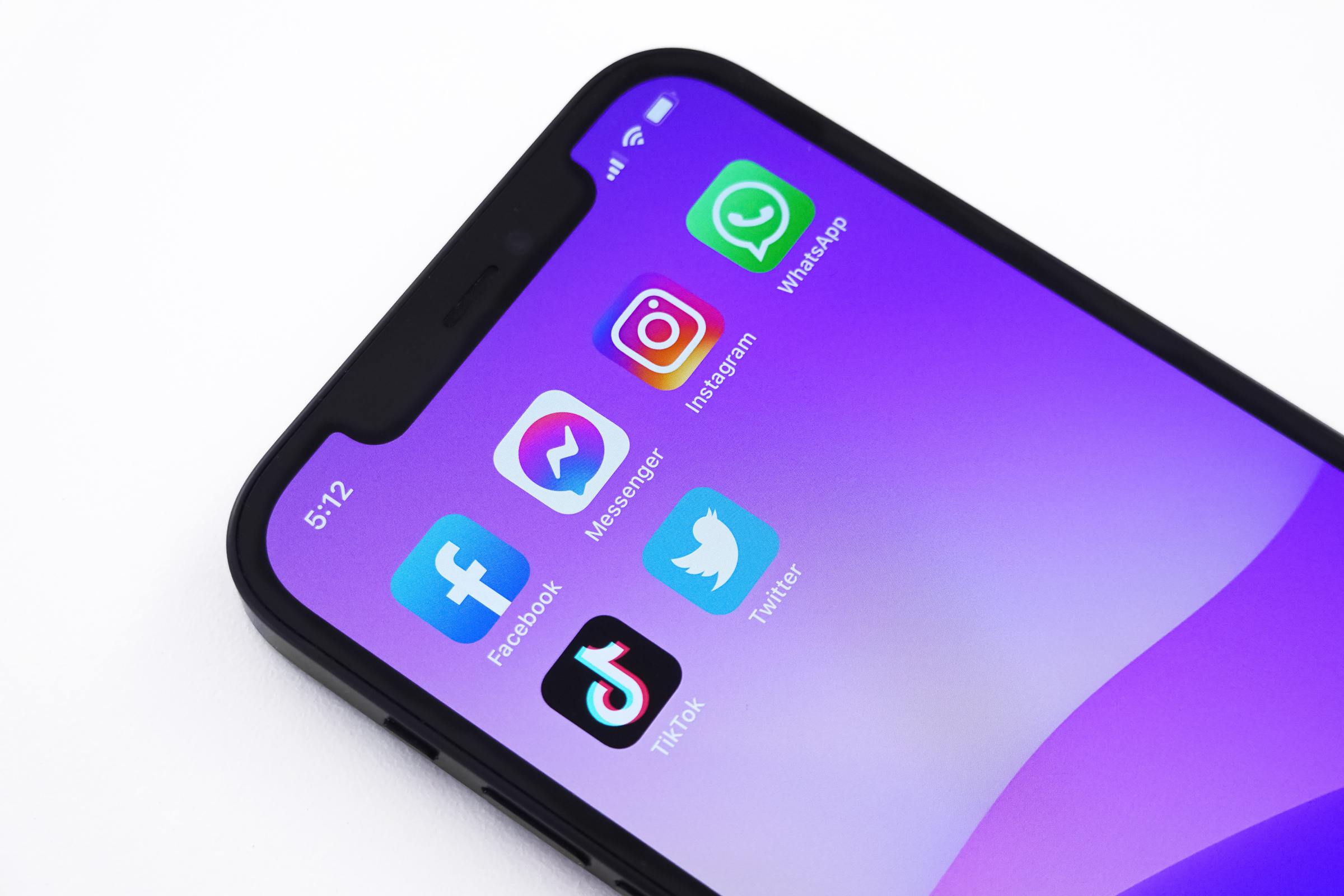 A teenager’s guide to social media

Want to know what young people really think about social media? We asked our resident insider – Zak, who’s with us on work experience – to give us the lowdown.

Social Media – you either have it or you’ve heard of it. The many social media platforms all offer one major thing in common, online communication – whether that be through sharing images online or directly messaging your friends and followers.

With 2.77 billion people in the world logged into at least one social media network, you may have some concerns about you or your child’s safety on these online services, and rightly so.

As a teenager myself, I am a user of social media, and I have conducted some research on the five most popular social media platforms worldwide and compiled everything you need to know into one fairly short blog.

Originally named Musical.ly, this world-famous app boasts 500,000,000 active users, 150,000,000 of them located in the app’s origin country, China. ByteDance, the creators of this app, decided that a change in name was beneficial as musical.ly was commonly misconceived as a lip-syncing app when the app was supposed to be much more than that. Incredibly for them, the change in name drew in an even greater audience than they had before, extending their active user total by 300,000,000.

While Tik Tok and it’s older self, Musical.ly, share much of the same content as one another, Tik Tok took an app that was once used for people to express themselves through lip-syncing, dancing, singing and acting and made it a world where people could socialize, livestream to their followers and create fun and entertaining videos for the world to see.

When creating a Tik Tok account, you will be asked to confirm your age by entering your date of birth; if you are under 13 you will be unable to create an account, but as most people have worked out you can easily lie about your age. Overall, the app doesn’t offer any harmful or explicit content directly but depending on who you are following you may see some adult content, some of which is taken down from the app immediately if it violates community guidelines. There is no messaging service on the app which does make it a safer place for children as there is no way for predators to communicate directly with you.

As somebody who uses social media a lot and spends quite a lot of time on it, this app definitely appeals to me in the sense that it is entertaining for me to watch creators’ videos and content. However, the idea of creating videos and sharing them with the world has never interested me specifically, especially not the singing/dance aspect of the app.

Since 2004, this app, created by the phenomenal Mark Zuckerberg, remains the most popular social media site to this day with a whopping 1.74 billion active users. While it is most popular in America, 51% of US citizens from the ages of 13-17 say that they use the app, which is a massive decrease from the 71% that it once held.

Facebook offers a variety of different things you can do on the app including: socializing with your friends, family members or random people, post your own pictures and videos or share other people’s videos with your audience, create group chats, plan events, and even promote your own business to the world. However, it has a very large adult following and a mature theme, and a child using the app may prefer to use other social media platforms over Facebook.

Like most social media networks, there is always the option to make your account private, allowing you to deny any people you don’t know access to your posts and information. Unlike Tik Tok, there is a messaging service, but if your account is private you can choose whether somebody messages you or not; Facebook are also connected to many safety-focused networks across the world to ensure the platform is the safest place it can possibly be.

Personally, I do not add to the 1.74 billion people who use this app as the fact that none of my friends used it (or anyone of my age for that matter) never gave me any sort of interest in the app at all, which is strange because as a child I was desperate to get a phone and use Facebook because it was what my parents and my sister did.

Instagram’s incredibly large following of 1 billion makes it the world’s fastest-growing social media network, launched in 2012 by creators’ Kevin Systrom and Mike Krieger. Being this popular amongst all age groups, 40 billion photos/videos have been posted in Instagram history, and more than 4.2 likes are received per day.

There’s a reason Instagram is one of the most popular social media platforms worldwide and that’s because it offers everything you could want from a social media app; with a simple messaging service you are able to contact your friends in private chat rooms, group chats and video calls, you can post photos and videos with a caption of your choice and share them with your friends and your followers, you can update your followers on your public ‘story’, and so much more.

A common trend in all social media apps is that they don’t really differ much in terms of their safety precautions; as always you can make your account private, you can choose who is allowed to communicate with you, who can see your pictures, and who can see your account. However, there is an issue on Instagram where ‘bot accounts’ – accounts which are run by a computer to promote businesses and whatnot – will try to message you and commonly try to lure you on to their website.

This, and Snapchat, has to be my most used and my most favourite social media apps by far. As they have a large teenage following, I can communicate with almost everyone that I go to school with, which just makes it a much livelier network for me personally. This is no biased review, but I would definitely recommend this app over many others to anybody from the age of 13 and above.

After almost being named ‘Friendstalker’, Jack Dorsey, Noah Glass, Biz Stone and Evan Williams, the creators of this app, thankfully changed the network’s name to ‘Twitter’, which has now become one of the world’s most used apps with 126,000,000 daily users. However, being created in 2006, Twitter has not had as fast a popularization as Instagram and Facebook have had.

While Twitter offers the same content as other social media platforms, it has its own feature known as ‘tweets’, which are short updates/messages that you can post to your following, in hopes that it will entertain your audience or come in useful. Despite its unique name, though, tweets aren’t much different to ‘stories’ or posting pictures, which makes Twitter just another social media app. With a large American following, the chances are your friends will not be signed up to this app if you are not from America.

Twitter have recently updated their rules (last month) to make them easier to understand as people had complained that they really were not easy to understand and follow. What makes this app more dangerous than others is that this network is frequently used to promote businesses, which while it is a good thing for the genuine businesses, it can also be used as a way to trick people into giving their credit card information out or becoming part of an illegal business.

In my personal opinion, Twitter seems like and always has seemed like the ‘American counterpart’ to Facebook, and the fact that Facebook has an extremely larger audience, Twitter never stood out to me personally. However, there is just as much of a reason to download this app as any other social media platforms as it isn’t any different other than their following sizes.

Snapchat comes in at 186,000,000 daily active users as of 2018, and the number has undeniably increased since then. The multimedia messaging app was originally created by Evan Spiegel, Bobby Murphy and Reggie Brown, former college students at Stanford University. Although it is one of the safer social media platforms, Evan Spiegel decided that creating a child-friendly version of the app ‘SnapKidz’ for under 13-year-olds would benefit them in download numbers, and benefit children whose parents may be concerned about their safety on the app.

Originally, the app was very simple in that you could only send limited time messages in the form of pictures or videos to your friends, which after a maximum of ten seconds would disappear completely. However, the app has now been upgraded to allow you to send pictures for no time limit, send private messages between friends, create group chats, post to your story for your friends to see only, and now, recently, the app has been updated to show you articles of drama, gossip and news going on the world, keeping in mind their teenage heavy audience.

While Snapchat was made to be a more personal platform where you send quick messages between one another which would eventually vanish, it doesn’t stop people from taking screenshots of what you send them or taking a picture of the snap with another device, which makes it just as ‘unsafe’ as any other social media network. Unlike other apps, this app does not allow you to create a private account as the whole purpose of the app was to be a private communication network.

Snapchat is my go-to app for communicating with my friends individually as it is simple and easy to get your head around. The articles, clearing being aimed at a younger, teenaged audience, are also entertaining to me, and overall the app provides as an easy social platform. I would highly recommend this app as it is easy to use, it is very safe and provides a perfect messaging network.

If you’d like to learn more about using social media as a marketing tool, drop Sim a line at sim@sim7creative.co.uk. Thanks for reading.